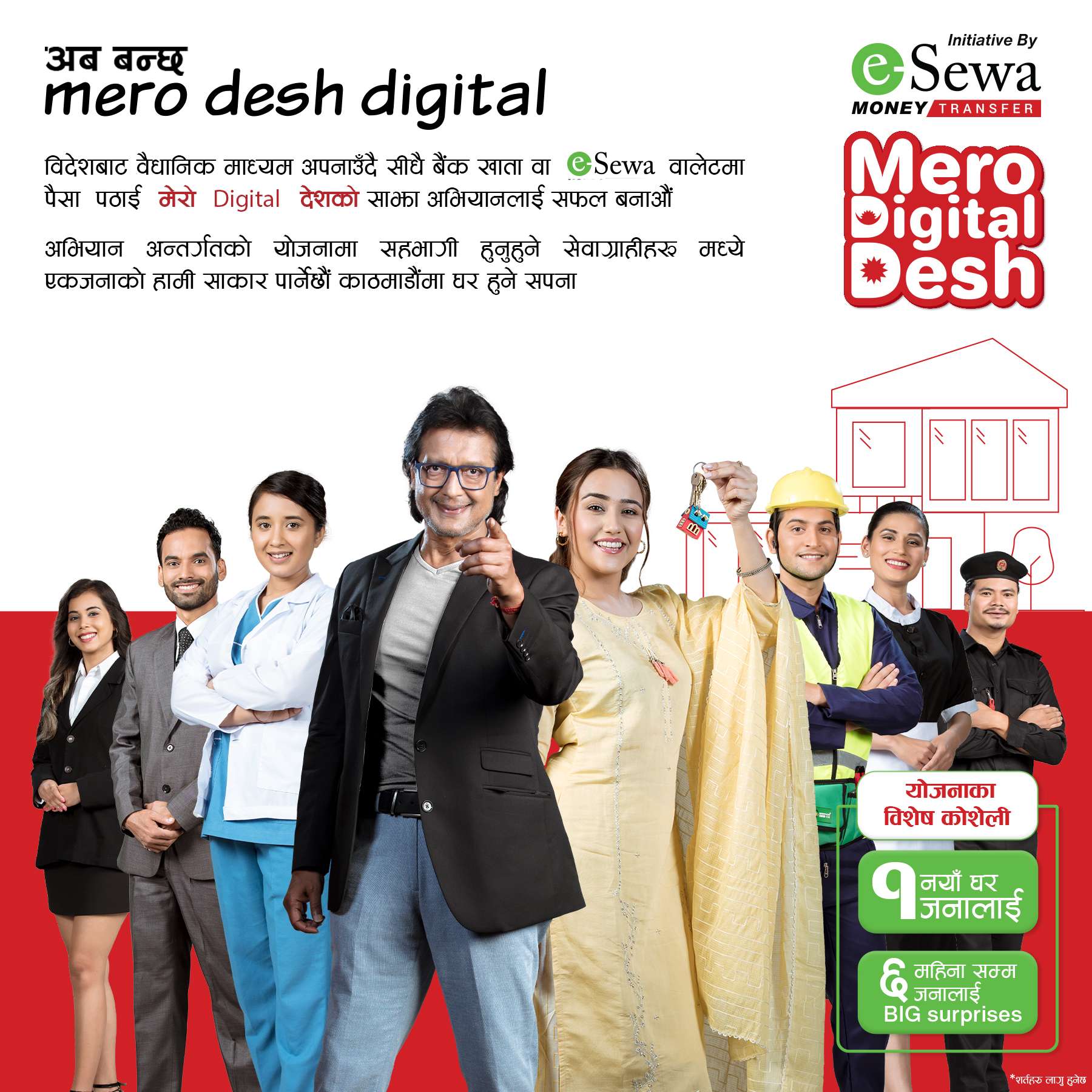 Esewa Money Transfer launches “Mero Digital Desh” initiative to promote digital remittance, 1 lucky winner to get a fully facilitated house in Kathmandu.
Esewa Money Transfer, Nepal’s leading digital remittance company being operated under the stewardship of Nepal’s no. 1 Fintech company, F1Soft Group, has launched an initiative “Mero Digital Desh”. With this initiative, the company aim to promote digital remittance and aware people about the advantages of sending money through digital channels over existing traditional medium of sending cash remittance.
The initiative was launched through a press conference held in F1 Soft building, Pulchok Lalitpur. The initiative begun from 7th Ashoj 2079 and will end on 6th Falgun, 2079, running exactly for a period of 6 months.
Nepalese working and residing in any countries across the World can be a part of this initiative by sending remittance directly to any bank accounts and eSewa wallet of the beneficiary in Nepal.
Also, beneficiaries receiving the cash remittance directly in their eSewa wallet are also eligible to become winners under the “Mero Digital Desh” initiative.
As per the company, one winner on a monthly basis shall receive a surprise package of exciting prizes and one lucky winner at the end of the campaign shall receive a fully facilitated house in Kathmandu.
Speaking about the initiative, Sagar Khanal, General Manager of eSewa Money Transfer said, no nation can develop without economic contribution of its citizens, either within the country or residing outside the country. We can replicate it in terms of Nepal as well because, Nepalese economy is hugely dependent on remittance received from abroad.”
Talking about the initiative, Mero Digital Desh, Mr. Khanal added, “ever since its inception, eSewa Money Transfer has been influential in terms of reducing the cost of moving money by promoting digital remittance. And through this initiative, eSewa Money Transfer calls for every Nepalese living in abroad to be a part of digital eco system and contribute to overall economic growth of the country by sending remittance through digital channels.”
Legendary Nepali cine actor Mr. Rajesh Hamal is also associated to eSewa Money Transfer under this campaign and will be promoting the campaign in National and international awareness events related to digital remittance. Also, popular actress Swastima Khadka will remain an integral part of many promotional activities under the initiative, as per the company.
Similarly, talking about the initiative, CEO of eSewa Money Transfer, Mr. Ajesh Koirala added, we expect Nepalese residing in every nook and corner around the World to participate in the initiative as it is also a matter of economic growth of the Country. And also, with this initiative, we look forward to strengthen the foreign reserves in the country. This campaign is dedicated to all those peoples who have been contributing by more than 22% in the national GDP. Also, as a matter of respect, we are rewarding one of them monthly with surprising gift package and one of them with a fully facilitated house in Kathmandu.
Esewa Money Transfer is the leading digital remittance companies in Nepal that offers a blended model of world-class remittance services to Nepalese around the world. Our service offerings are comprised of traditional agent-based remittance services with 1,12,000+ strong agent networks of eSewa. Also, with access to 6 million+ eSewa mobile wallet users and any bank & financial institutions, where sending and receiving money is as easy as giving a few taps on a mobile phone. Incorporated in the year 2019 and licensed by Nepal Rastra Bank under foreign exchange regulation, eSewa Money Transfer is a part of F1soft Group that has been empowering more than 11 million population and 100,000 entities across the country through innovative fin-tech based payment services. 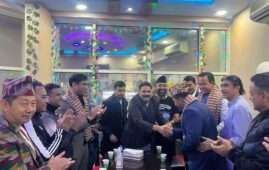 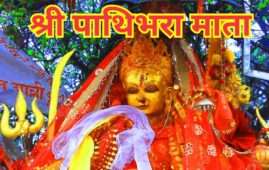 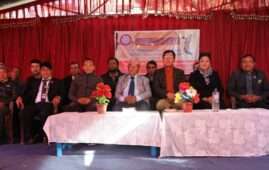 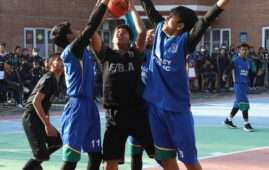